I was sat the other day, reading a stand-alone novel and wondering why the world seems to fascinated with huge multi-book series. I love a good book where the story is complete and finished in one volume. Something satisfying about it. So I am going to list some of the best ones I have come across over the years (and in a hugely hypocritical move, I’ll do something similar for series a little further along the line). I’m not saying these are the best stand-alones ever written, just that of the ones I have read, these brought me the most joy.

WHAT IF you could go back in time and change the course of history? WHAT IF the watershed moment you could change was the JFK assassination? 11.22.63, the date that Kennedy was shot – unless . . .

King takes his protagonist Jake Epping, a high school English teacher from Lisbon Falls, Maine, 2011, on a fascinating journey back to 1958 – from a world of mobile phones and iPods to a new world of Elvis and JFK, of Plymouth Fury cars and Lindy Hopping, of a troubled loner named Lee Harvey Oswald and a beautiful high school librarian named Sadie Dunhill, who becomes the love of Jake’s life – a life that transgresses all the normal rules of time.

In this one, Jake Epping is shown a means to travel back in time. His reason: to stop JFK from being assassinated. What follows is one man’s romp through time to save a president. What he ends up doing is discovering a time he’s quite happy to build a life in. If only he could stop that gun from firing …

If I’m honest, I almost didn’t pick this one up. I am guilty of assuming time travel novels are going to be pretty bad. If it wasn’t Stephen King writing it, I’d not have given it a chance. So glad I did. Despite King having one those ‘Oh crap, I’ve gotten to the end but I’m terrible at writing good a ending’ moments, it was still one of the best books I have ever written.

I have no way to communicate with Earth.

I’m in a Habitat designed to last 31 days.

If the Oxygenator breaks down, I’ll suffocate. If the Water Reclaimer breaks down, I’ll die of thirst. If the Hab breaches, I’ll just kind of explode. If none of those things happen, I’ll eventually run out of food and starve to death.

I picked ‘The Martian’ up as an audio book. Not only did I fall in love with the incredibly laid back, nonchalant writing style (told through the astronaut’s own perspective), R.C Bray’s narration made the piece fantastic. So much so that, despite the fact I planned on reading the book, I now refuse to. Unless it has his awesome narration I just won’t pick it up. I’ll no doubt re-listen to this amazing tale of survival for a fourth time some time this year. This quite literally is my favourite audio book that I have ever listened to. 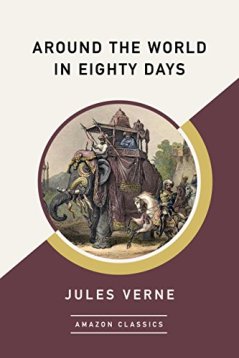 Pragmatic gambler Phileas Fogg has made a gentlemanly wager to the members of his exclusive club: that he can circle the world in just eighty days, right down to the minute. Fetching his newly appointed French valet, Fogg embarks on a fabulous journey across land and sea—by steamer, rail, and elephant—to win the bet of a lifetime.

Technically, ‘Around the World in 80 Days’ is listed as #11 in the Extraordinary Voyages series. Although it is part of a series, it is still a stand alone. So it’s getting listed in this list. I went through a phase of reading the classics and loving every minute of it. Only three books from the classics really had me falling in love with the work (one being this, the next being The Mysterious Island, a sequel to 20,000 Leagues under the Sea, and the third will follow this title in the list). Every aspect of this novel gripped a young me and wouldn’t let go until I finished it. I haven’t watched any of the films and am very tempted. What I do plan on doing, however, is treating myself to this great work of literary art again in the near future. 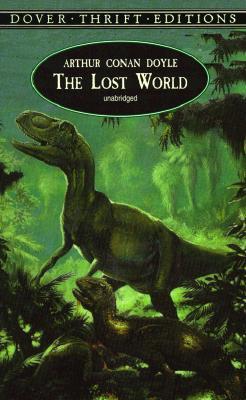 It’s London, 1907. Journalist Edward Malone, rejected by the woman he loves because he is too prosaic, decides to go in search of adventure and fame to prove himself worthy of her. Soon after, he meets Professor George Challenger, a scientist who claims to have discovered a ‘lost world’ populated by pterodactyls and other prehistoric monsters.

Much like ‘Around the World in 80 Days’ this is listed as part of a series, but can be enjoyed as the stand alone novel it is. As a child, I grew up loving dinosaurs. I discovered a tv show (Sir Arthur Conan Doyle’s: The Lost World’) and loved the concept of adventurers finding a hidden plateau where creatures long-extinct still roamed the land. Imagine my suprise when little me discovered that show, which I loved so much, was based on a book. I had to have it, and I loved reading it perhaps more so than I loved watching the show. Thankfully, much like Game of Thrones, it is vastly different from the show so they can be enjoyed independent of each other. I bet that is the first, and possibly last, time a Sir Arthur Conan Doyle novel will ever be compared to Game of Thrones. Literary world first’s brought to you at Swords & Spectres.

The last remnants of the human race left a dying Earth, desperate to find a new home among the stars. Following in the footsteps of their ancestors, they discover the greatest treasure of the past age – a world terraformed and prepared for human life.

But all is not right in this new Eden. In the long years since the planet was abandoned, the work of its architects has borne disastrous fruit. The planet is not waiting for them, pristine and unoccupied. New masters have turned it from a refuge into mankind’s worst nightmare.

Now two civilizations are on a collision course, both testing the boundaries of what they will do to survive. As the fate of humanity hangs in the balance, who are the true heirs of this new Earth?

This is an excellent sci-fi novel. It features two civilisations; humans and … something that I won’t spoil but the mental imagery isn’t for the faint of heart. It focuses around one civilisation as they try to rebuild from the civil war that brought an end to Earth and a second civilisation that is trying to build itself from nothing into something great. Inevitably, these two civilisations are on a collision course, as we humans can’t let someone have something, that belongs to them, if we want it. Well worth a read/listen if you are after a good chunk of sci-fi stand-alone goodness. 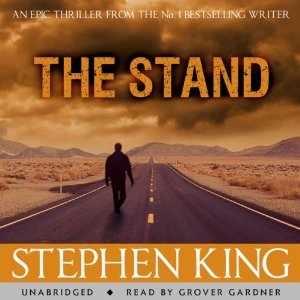 First come the days of the plague. Then come the dreams.

Dark dreams that warn of the coming of the dark man. The apostate of death, his worn-down boot heels tramping the night roads. The warlord of the charnel house and Prince of Evil.

His time is at hand. His empire grows in the west and the Apocalypse looms.

When a man crashes his car into a petrol station, he brings with him the foul corpses of his wife and daughter. He dies and it doesn’t take long for the plague which killed him to spread across America and the world.

This is one of the greatest (and longest, boy is it a long book!) post-apocalyptic novels out there. What’s not to love? Plague viruses wiping people out, a demonic entity laying claim to the Earth and a handful of fantastic characters lovingly fleshed out by a master in the art of character building. The book is a very slow burn style of book. If it wasn’t, quite simply, it would suck. The reader gets so much more out of this because King took his time to build every little detail and nuance about his world and his characters. If you pick up the audio book version from Audible, you’ll be treated to Grover Gardner’s wonderful narration. That man is so talented that he could make the user manual to a microwave sound interesting.

People who enjoy this might also enjoy ‘Swan Song’ by Robert R. McCammon. It is very similar, but different enough to enjoy both without getting bored.

21 thoughts on “Some of my favourite Stand-alone Novels”