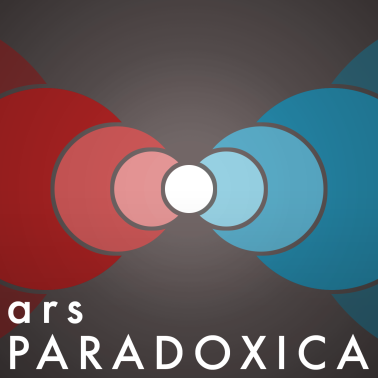 My Rating of ‘Ars Paradoxica: 5 out of 5

The concept is a young physicist, Dr Sally Grissom, whilst undertaking an experiment accidentally invents time travel and winds up on-board a US ship in 1943. It is told over three seasons (thity-six episodes … more like forty given a couple are two-parters) and is a complete story. Ordinarily I like a complete series … but in this case it’s incredibly upsetting as I just didn’t want it to end.

Throughout the course of the three stunning seasons of Ars Paradoxica we are treated to time travel science, new and innovative creations using said science to try and win the war against the Nazis and the Russians, shady government organisations, espionage, some incredibly in-depth causes and effects relating to time travel and some fantastic characters.

As with any fiction podcast, the characters are the heart and soul of Ars Paradoxica. The sound design and incredibly intelligent story-telling are massive parts of it but, without believable characters with voice actors performing so well that you forget what you’re listening to is a work of fiction, even the greatest of stories would be sub-par.

Sally has fast become one of my all-time favourite fictional characters (from any form of fictional media) and is easily the fictional character I’d most like to go out for a beer with. She’s interesting and, despite how self-centred she can seem, is an incredibly in-depth and caring woman.

Considering the time period, there are so many strong female characters in this that outshine their male counter-parts. There’s Sally, obviously, Esther Roberts is also a brilliant character with a huge amount of flaws and an even bigger amount of potential (watching her grow as a character was just as enjoyable as seeing Sally do so), Petra is another great character with so much going for her.

Some of the science/innovations surrounding the use of time travel are incredible and bring out that WOW at the top of my review. I shan’t go into detail about the brilliant things you can find within the three seasons (I try to make every review on my blog spoiler-free) but urge anyone with an interest in time travel to give it a go.

There’s also a massively diverse array of characters ranging from: heterosexual, homosexual, various ethnicities, asexual and a couple of different religious backgrounds. So it’s essentially sticking the middle finger up to every prejudice of the time era its set in and flying the flag of diversity. The various different religions and sexualities do not play a massive role in the overall story of Ars Paradoxica. They are simply in there as parts of the characters backgrounds and makes for some great character development. So don’t worry if you don’t like diversity to take centre stage, as it doesn’t. It just feels natural, rather than shoehorned in like so many diversity-based media outputs do these days.

The main strength of Ars Paradoxica is that the characters feel like real people. Each and every one of them (well, the good guys and gals anyway) feel like the kind of people you’d love to hang out with. Genuinely sad to see them gone from my life and look forward to looking into more podcasts from the Whisperforge in the future.