I haven’t actually had much in the way of new book purchases or ARCs recently. Been a slow book period for me. But I got a few recently so thought I’d show my slim-pickings off to the world. As always, it’s a mixture of audio and text. 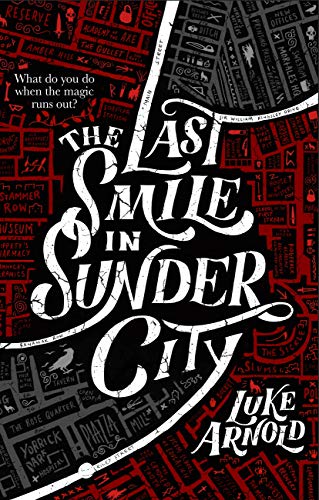 The Last Smile in Sunder City by Luke Arnold:

I’m Fetch Phillips, just like it says on the window. There are three things you should know before you hire me:
1. Sobriety costs extra.
2. My services are confidential.
3. I don’t work for humans.

It’s nothing personal – I’m human myself. But after what happened, it’s not the humans who need my help.
I just want one real case. One chance to do something good. Because it’s my fault the magic is never coming back. 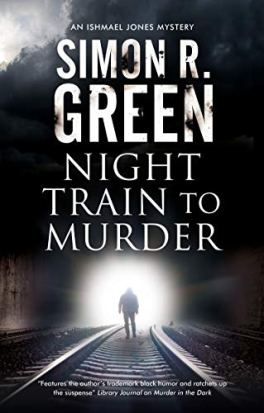 When Ishmael Jones and his partner Penny are asked to escort a VIP on the late-night train to Bath, it would appear to be a routine case. The Organisation has acquired intelligence that an attempt is to be made on Sir Dennis Gregson’s life as he travels to Bath to take up his new position as Head of the British Psychic Weapons Division. Ishmael’s mission is to ensure that Sir Dennis arrives safely.

How could anyone orchestrate a murder in a crowded railway carriage without being noticed and with no obvious means of escape? When a body is discovered in a locked toilet cubicle, Ishmael Jones has just 56 minutes to solve a seemingly impossible crime before the train reaches its destination.

Jamaica, in 1665 a lone outpost of British power amid Spanish waters in the sunbaked Caribbean. Its capital, Port Royal, a cuthroat town of taverns, grog shops and bawdy houses – the last place imaginable from which to launch an unthinkable attack on a nearby Spanish stronghold. Yet that is exactly what renowned privateer Captain Charles Hunter plans to do, with the connivance of Charles II’s ruling governor, Sir James Almont.

The target is Matanceros, guarded by the bloodthirsty Cazalla, and considered impregnable with its gun emplacements and sheer cliffs. Hunter’s crew of buccaneers must battle not only the Spanish fleet but other deadly perils – raging hurricanes, cannibal tribes, even sea monsters. But if his ragtag crew succeeds, they will make not only history … but a fortune in gold.

The gates have opened the way to a thousand new worlds, and the rush to colonise has begun. Settlers looking for a new life stream out from humanity’s home planets. Illus, the first human colony on this vast new frontier, is being born in blood and fire. Independent settlers stand against the overwhelming power of a corporate colony ship with only their determination, courage, and the skills learned in the long wars of home. Innocent scientists are slaughtered as they try to survey a new and alien world.

James Holden and the crew of his one small ship are sent to make peace in the midst of war and sense in the heart of chaos. But the more he looks at it, the more Holden thinks the mission was meant to fail. And the whispers of a dead man remind him that the great galactic civilisation which once stood on this land is gone. And that something killed them. 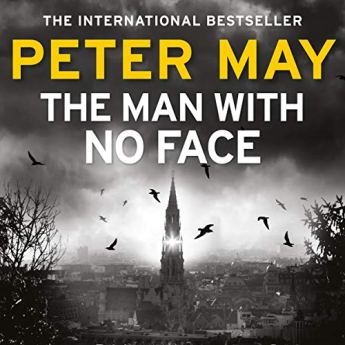 The Man With No Face by Peter May:

A powerful and prescient thriller from the million-selling author of I’ll Keep You Safe, Coffin Road and The Blackhouse.

A reporter with no fear.

Brussels, 1979. Jaded Edinburgh journalist Neil Bannerman arrives in the capital of European politics intent on digging up dirt. Yet it is danger he discovers when two British men are found murdered.

A child with no father.

One victim is a journalist, the other a Cabinet Minister: the double assassination witnessed by the former’s autistic daughter. This girl recalls every detail about her father’s killer – except for one.

The man with no face.

With Brussels rocked by the tragedy, Bannerman is compelled to follow his instincts. He is now fighting to expose a murderous conspiracy, protect a helpless child and unmask a remorseless killer.

Have you had any bookish awesomeness come to you recently? Feel free to share. Always looking for the next good read.