I’ve gone a little out of my norm this month and purchased a non-fiction book, along with a thriller. And, of course, some stuff that’s a tad more usual for my reading tastes. As usual, it’s a selection of Physical/E-books and Audiobooks. 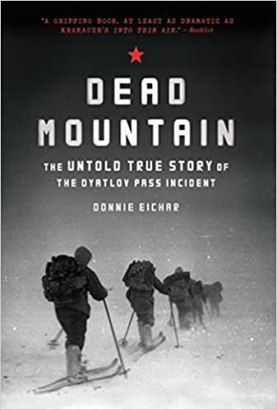 In February 1959, a group of nine experienced hikers in the Russian Ural Mountains died mysteriously on an elevation known as Dead Mountain. Eerie aspects of the incident, unsettling and unexplained causes of death, a strange final photograph taken by one of the hikers and signs of radioactivity, have led to decades of speculation over what really happened. This gripping work of literary nonfiction delves into the mystery through unprecedented access to the hikers’ own journals and photographs, government case files, dozens of interviews and the author’s retracing of the hikers’ fateful journey in the Russian winter. A fascinating portrait of the young hikers and a skilful interweaving of their story and the author’s investigations, here for the first time is the real story of what happened that night on Dead Mountain.

One body
Six stories
Which one is true?

1997. Scarclaw Fell. The body of teenager Tom Jeffries is found at an outward bound centre. Verdict? Misadventure. But not everyone is convinced. And the truth of what happened in the beautiful but eerie fell is locked in the memories of the tight-knit group of friends who embarked on that fateful trip, and the flimsy testimony of those living nearby.

2017. Enter elusive investigative journalist Scott King, whose podcast examinations of complicated cases have rivalled the success of Serial, with his concealed identity making him a cult internet figure. In a series of six interviews, King attempts to work out how the dynamics of a group of idle teenagers conspired with the sinister legends surrounding the fell to result in Jeffries’ mysterious death. And who’s to blame…

As every interview unveils a new revelation, you’ll be forced to work out for yourself how Tom Jeffries died, and who is telling the truth.

A chilling, unpredictable and startling thriller, Six Stories is also a classic murder mystery with a modern twist, and a devastating ending.

Titan’s rebellion is coming. Only one man can stop it.

Malcolm Graves is a Collector. The best there is. He’s spent a lifetime putting down riots and chasing wanted offworlders across the solar-system for Pervenio Corporation. So long as the pay is right, he’s the man for the job.

He never bothers asking questions. And he always works alone.

But after the high-profile bombing of Earth’s capital, everything changes. His rattled employer forces him to team up with a younger, cyber-augmented partner more interested in statistics than instinct. An aging Collector’s nightmare.

They must track down the suspected group of extremists from Titan, who will stop at nothing to free their moon from the oppressive grip of Earth’s corporations. If Malcolm and his strange new partner hope to survive, they’ll need to learn to work together. 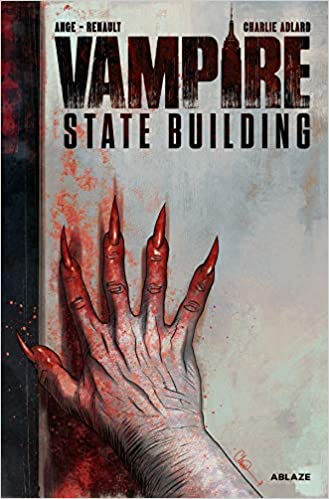 The newest horror series from the artist of The Walking Dead! Get ready to be bitten from the first full color page…

Terry Fisher is a young soldier on the verge of being sent away for active military duty, and is going to meet his friends at the top of the Empire State Building for a farewell party. But suddenly a legion of vampires attacks the skyscraper and massacres its occupants. Hounded in the 102 floors that have become a deadly trap, Terry must take decisive action to save himself and his friends – and the city of New York – before the army of abominations, and the terrible vampire god within, walled in the building since its construction, spill into the city…

Before They Were Hanged by Joe Abercrombie

Bitter and merciless war is coming to the frozen north. It’s bloody and dangerous and the Union army, split by politics and hamstrung by incompetence, is utterly unprepared for the slaughter that’s coming. Lacking experience, training, and in some cases even weapons the army is scarcely equipped to repel Bethod’s scouts, let alone the cream of his forces.

In the heat-ravaged south the Gurkish are massing to assault the city of Dagoska, defended by Inquisitor Glokta. The city is braced for the inevitable defeat and massacre to come, preparations are made to make the Gurkish pay for every inch of land … but a plot is festering to hand the city to its beseigers without a fight, and the previous Inquisitor of Dagoska vanished without trace. Threatened from within and without the city, Glokta needs answers, and he needs them soon.

And to the east a small band of malefactors travel to the edge of the world to reclaim a device from history – a Seed, hidden for generations – with tremendous destructive potential. A device which could put a end to war, to the army of Eaters in the South, to the invasion of Shanka from the North – but only if it can be found, and only if its power can be controlled …

1978: Meet Morris Bellamy, the man who robs the safe of America’s most famous reclusive writer, John Rothstein. But it isn’t just the money he is interested in. Morrie is obsessed with the author’s notebooks and is prepared to kill the author for them.

2009: Meet young Pete Saubers, whose father was knocked down by an out-of-control Mercedes in a job line-up. When he discovers a buried trunk of money and notebooks of a famous writer, he has the means to rescue his family from poverty. If he can keep it secret.

2013: Morrie is up for parole. And he’s hell-bent on recovering the notebooks.

That’s when retired detective Bill Hodges – who has set up a company called Finders Keepers – discovers the scheme.

Finders Keepers is spectacular suspense. It is also King writing about how literature shapes a life – for good, for bad, for ever.