This week I’m looking back at some of the thriller reads I enjoyed before blogging. I didn’t read a great deal out of my comfort zone before I started blogging (that mainly being Warhammer novels) but what books I did, I tended to enjoy. Thrillers, for me, were pretty much home runs whenever I picked them up.

My previous posts in my ‘Read But Not Forgotten’ series can be found:

Read But Not Forgotten – Series Starters

Read But Not Forgotten – The Bad Reads

Read But Not Forgotten – The Classics

Read But Not Forgotten – Fantasy

Read But Not Forgotten – Science Fiction 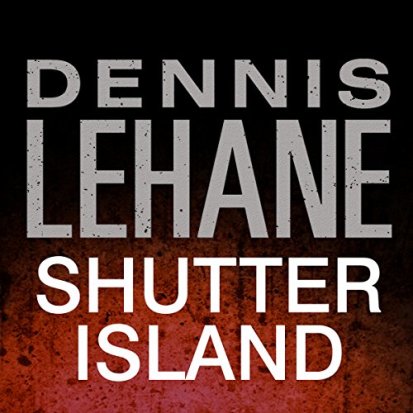 As a killer hurricane bears down on the island, the investigation deepens, and the questions mount. How has a barefoot woman escaped from a locked room? Who is leaving them clues in the form of cryptic codes? And what really goes on in Ward C?

The closer Teddy gets to the truth, the more elusive it becomes. And the more he begins to believe that he may never leave Shutter Island. Because someone is trying to drive him insane….

Shutter Island will always be considered one of my favourite ever reads (listens for me as I had the audio book). The concept was incredibly unique (at least to me as a reader) and having listened to this before having seen the film, I was blown away by the story being told, the characters being created and the ending I discovered. This ranks highly as one of those that I wish I could forget solely so I could experience it again for the first time. Hopefully I’ll get to re-listen to this one in the future and give it a proper review. 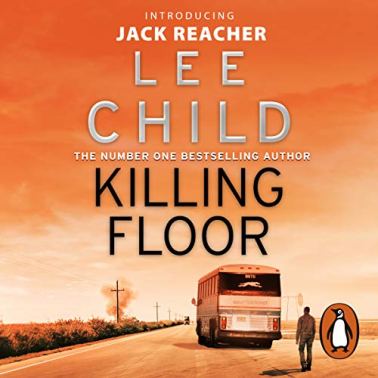 Jack Reacher jumps off a bus and walks 14 miles down a country road into Margrave, Georgia. An arbitrary decision he’s about to regret.

Reacher is the only stranger in town on the day they have had their first homicide in 30 years. The cops arrest Reacher and the police chief turns eyewitness to place him at the scene. As nasty secrets leak out and the body count mounts, one thing is for sure.

They picked the wrong guy to take the fall.

Jack Reacher was always one of those characters that I knew I had to experience for myself. You don’t have such a long-running series and it not be good. In Killing Floor I found a fast-paced action-thriller that made for addictive listening. My only issue with Reacher is that he’s a bit too perfect. He can literally do everything. It makes for an enjoyable story, but I like my heroes to struggle a bit more than Reacher seems capable of. I know that, with their being loads of books in this series that I shouldn’t expect him to die or anything … but for him to not be so perfect isn’t too big of an ask. 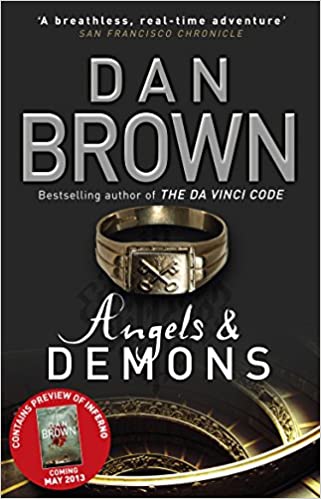 CERN Institute, Switzerland: a world-renowned scientist is found brutally murdered with a mysterious symbol seared onto his chest.

The Vatican, Rome: the College of Cardinals assembles to elect a new pope. Somewhere beneath them, an unstoppable bomb of terrifying power relentlessly counts down to oblivion.

In a breathtaking race against time, Harvard professor Robert Langdon must decipher a labyrinthine trail of ancient symbols if he is to defeat those responsible – the Illuminati, a secret brotherhood presumed extinct for nearly four hundred years, reborn to continue their deadly vendetta against their most hated enemy, the Catholic Church.

Just how exciting can a series about a professor of art and symbology be? Apparently really damn interesting. I was guilty of reading out of order (Da Vinci Code being my first) but really enjoyed this one when I went and grabbed a copy. It’s the sort of book that really makes you feel like you’re learning whilst you read and, my being a massive nerd who loves to learn, absolutely adored it. It also has that pulse-racing feeling you get from all good thrillers. I’ve actually forgotten some of the more salient points of the novel (pretty bad given the title of my post, I know) so I am actually quite looking forward to a re-read in the future given that it will almost feel like a new book to me.

On a side note, I remember hearing that Brown was so accurate as to his details about the Vatican that the FBI put him on their ‘Watch List’ due to the things he listed in his book actually being possible. If that’s true, Brown gets an A+ for realism. 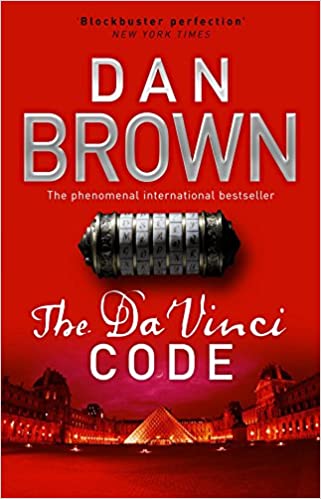 Harvard professor Robert Langdon receives an urgent late-night phone call while on business in Paris: the elderly curator of the Louvre has been brutally murdered inside the museum. Alongside the body, police have found a series of baffling codes.

As Langdon and a gifted French cryptologist, Sophie Neveu, begin to sort through the bizarre riddles, they are stunned to find a trail that leads to the works of Leonardo Da Vinci – and suggests the answer to a mystery that stretches deep into the vault of history.

Unless Langdon and Neveu can decipher the labyrinthine code and quickly assemble the pieces of the puzzle, a stunning historical truth will be lost forever…

This is the guilty party that made me read the books out of order … well, not quite true seeing as how I’ve read Origin but neither Digital Fortress or Lost Symbol. Suppose it COULD be my fault.

Da Vinci Code was one of the first thriller books that lured me out of my warhammer comfort zone and showed me that other genres really could be fantastic reads. This one, in particular, proved to be one of my all time favourites. Although the film was good, they missed a good half of the puzzles out so, for my money, the brilliance of the novel will always outshine the greatness of the big screen. There really is little point in my saying too much about this book as it’s like Harry Potter in the fact that everyone has heard of it and knows pretty much what it is. It’s fame precedes it. 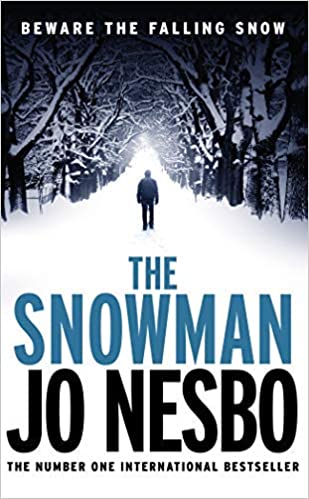 The Snowman by Jo Nesbo:

Soon the first snow will come

A young boy wakes to find his mother missing. Outside, he sees her favourite scarf – wrapped around the neck of a snowman.

And then he will appear again

Detective Harry Hole soon discovers that an alarming number of wives and mothers have gone missing over the years.

And when the snow is gone…

When a second woman disappears, Harry’s worst suspicion is confirmed: a serial killer is operating on his home turf.

…he will have taken someone else

This was the first thriller I ever read that was written with the police/a policeman as the main character. Not knowing a great deal about the ins and outs of law enforcement, the thought always made me feel a little apprehensive, especially considering thrillers weren’t a genre I tended to pick up. Jo Nesbo changed that.

The Snowman was an excellent adventure and kept me turning the pages right to the last. I can see how this was given the green light to be made into a film. Some of the scenes from the book still stick with me today (a certain one involving some wire and a thumb for instance). To this day I have only read one other Jo Nesbo book, something I really should rectify. Considering this is another example of my reading thrillers out of order I think I may well be the problem after all.

29 thoughts on “Read But Not Forgotten – Thrillers”