I picked up a few things lately, partly thanks to Netgalley, partly thanks to Audible and it’s £3 sale, but mostly because I’m greedy. There was also a novella up for pre-order by Giles Kristian. He’s one of the few authors that, when I see the name, I just know I’m going to love it. Although he has used all caps in the title on Amazon … so I’m going to just go ahead and silently judge him.

Bohemia. 1370. A lost soul named Galien leads a band of hardened mercenaries on a mission for Mother Church. But in the dark forests of central Europe, a darker secret awaits. Bestselling author Giles Kristian (Lancelot, The Raven Viking Trilogy) takes us on an unnerving ride into fear and paranoia, bloodshed and redemption.

Twelve strangers wake up in a strange house with no memory of how they got there, and barely any recollection of who they are. They quickly learn that there is no way out, scarcely enough food and water to go around, and eerie music plays constantly in the background of every room. There is nothing to explain their mysterious incarceration except for a few scattered clues, a strange clock with twenty-four numbers and one single hour hand, and a leather-bound sheet of rules that makes their situation all the more fatal.

Rule one: No escape. You can’t leave, plain and simple. Try to escape and you won’t like what you find on the other side.

Rule two: Make what you have last. Whatever food and water you currently find in the house is all that you will be provided with during your stay. No more will be given to you under any circumstance.

Rule three: When the music stops, someone must die. The music you can all hear in the background will cease between the hour of twenty-three and twenty-four; when this happens someone must die. Failure to comply with this rule will result in everyone’s death.

Rule four: Only one, and only when the music stops! One death, and only one death, must occur in the allotted time between the hour of twenty-three and twenty-four. Again, failure to comply with this rule will result in everyone’s death.

We hope you have a pleasant stay, and don’t forget: Redemption is the key to escape.

Title: The House of Twelve

Series: The House of Penance #1

The world that is lost will come back to haunt us . . .

Koli has come a long way since being exiled from his small village of Mythen Rood. In his search for the fabled tech of the old times, he knew he’d be battling strange, terrible beasts and trees that move as fast as whips. But he has already encountered so much more than he bargained for.

Now that Koli and his companions have found the source of the signal they’ve been following – the mysterious “Sword of Albion” – there is hope that their perilous journey will finally be worth something.

Until they unearth terrifying truths about an ancient war . . . and realise that it may have never ended.

Title: The Fall of Koli

In the ancient city of Guerdon, three thieves – an orphan, a ghoul and a cursed man – are accused of a crime they didn’t commit. Their quest for revenge exposes a perilous conspiracy, the seeds of which were sown long before they were born.

A centuries-old magical war is on the verge of reigniting, and in the tunnels deep below the city, a malevolent power stirs. Only by standing together can the three friends prevent a conflict that would bring total devastation to their city – and the world beyond.

Set in a world of dark gods and dangerous magic, The Gutter Prayer is thrilling and visceral debut fantasy from an exciting new talent.

Welcome to Arkham County. Population: 749,824. But that number’s dropping all of the time….

Lying northeast of Massachusetts, just south of Hell, Arkham County is somewhere you find yourself, not somewhere you ever mean to go. Once you do find it though, you’d better get used to living there, as you may be there for however long you have left to live.

From within the walls of Arkham’s asylum, reclusive writer Randolph Carter tells the story of orphan Violet Flintock, who arrives in Arkham County in search of her own history only to be instantly greeted by the bloody realities of this small town, whose foundations are built from the lore and mythology of HP Lovecraft.

In this Audible Original production, Stanley Tucci (The Devil Wears Prada, Fortitude) leads a cast to introduce you to the horrific, bizarre and just plain weird world of Arkham County. This HP Lovecraft-inspired tale will delight fans and those unfamiliar with his wild, surreal and terrifying horror stories. 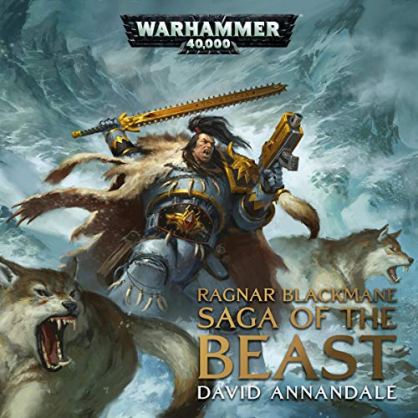 Glory returns to Fenris. Magnus the Red and his traitorous legion are defeated upon the icy cliffs of the Space Wolves’ home world, their hollow remains scattered into the darkest depths of the World Sea. Yet Ragnar Blackmane, the youngest Wolf Lord in his Chapter’s noble history, does not feel victorious. He is uneasy. Uncertain of his purpose and place in the great war for the Imperium.

Until a vision strikes him of a terrible beast, one greater than any he or his warriors have faced before. A monster that it is his destiny to confront. The young king throws himself into a quest to meet this fate, for no Space Wolf can turn from the call of his wyrd. Alongside a small band of Space Wolves, Ragnar Blackmane begins what is certain to be an odyssey for the ages, on which will hinge not only the fate of a single warrior, but of the entire galaxy.

Title: Saga of the Beast

In the grim nightmare future of the 41st millennium, the witch-hunting zealots of the the Sisters of Battle stand between humanity and damnation. From the elite Seraphim warriors to the berserk Sisters Repentia, they are the strong arm of the Ecclesiarchy and the brutal hammer of witches.

When dangerous psychic heretic Torris Vaun escapes from her custody, Seraphim Miriya is disgraced in the eyes of her fellow sisters and superiors. Following Vaun’s trail to the planet Neva, Miriya takes her sisters in pursuit and, along with Hospitalier Sister Verity, starts her investigations.

When they uncover a terrifying plot that could threaten the future of the Imperium, is Miriya’s and Verity’s faith strong enough for them to triumph? 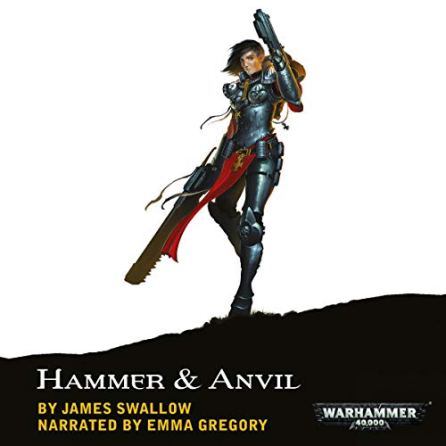 The Sisters of Battle are the Emperor’s most devout worshippers, fierce warriors preaching the purity of the Imperium and scourging their enemies with bolter and flamer. On a distant world, the Ecclesiarchy outpost of Sanctuary 101 was wiped out by an implacable foe – the fearless, soulless necrons. Now, a mission of the Sisterhood has returned to reconsecrate the site – but the metallic nightmares still lurk in the darkness, guarding a secret that has lain dormant for millennia. A vicious battle will be fought, one that can only end in the total destruction of the unrelenting xenos or the annihilation of the proud Adepta Sororitas.

During the turbulent Reign of Blood, a great schism in the Imperial Ecclesiarchy threatened all of Terra and promised a darkness to rival the terrors of Old Night. Fell times have come again to the Imperium, and a War of Faith appears inevitable. Standing in the way of catastrophe is Celestine, the Living Saint and one of the greatest heroes of the age. Only she can reunite the warring factions of the Ecclesiarchy and prevent a second Reign of Blood. Together with the Inquisitor Greyfax, Celestine and her allies must hunt across the shrineworlds of the Imperium and beyond to root out the evil behind the schism and burn it out with righteous, cleansing flame.