Admittedly there will be many more books I get excited for over the course of 2021, but I’m dreadful for keeping my finger on the pulse of new releases. So I actually don’t know a massive list of forthcoming books. But, of the ones I do know of, the five in this post are the ones I am most excited for.

I have a couple of them as eARCS already so can technically get started whenever, but I’m trying to hold out until nearer the time of release. I already kind of feel like that’s going to be a hard thing.

Born into the troubled kingdom of Albermaine, Alwyn Scribe is raised as an outlaw. Quick of wit and deft with a blade, Alwyn is content with the freedom of the woods and the comradeship of his fellow thieves. But an act of betrayal sets him on a new path – one of blood and vengeance, which eventually leads him to a soldier’s life in the king’s army.

Fighting under the command of Lady Evadine Courlain, a noblewoman beset by visions of a demonic apocalypse, Alwyn must survive war and the deadly intrigues of the nobility if he hopes to claim his vengeance. But as dark forces, both human and arcane, gather to oppose Evadine’s rise, Alwyn faces a choice: can he be a warrior, or will he always be an outlaw? 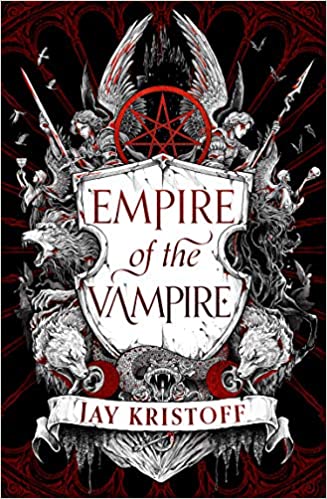 It has been twenty-seven long years since the last sunrise.

For nearly three decades, vampires have waged war against humanity; building their eternal empire even as they tear down our own. Now, only a few tiny sparks of light endure in a sea of darkness.

Gabriel de León, half man, half monster and last remaining silversaint – a sworn brother of the holy Silver Order dedicated to defending the realm from the creatures of the night – is all that stands between the world and it’s end.

Now imprisoned by the very monsters he vowed to destroy, the last silversaint is forced to tell his story. A story of legendary battles and forbidden love, of faith lost and friendships won, of the Wars of the Blood and the Forever King and the quest for humanity’s last remaining hope:

Title: Empire of the Vampire

Series: Empire of the Vampire #1

The final book in the Expanse series – the most acclaimed new science fiction series of the last decade.

I know right … Amazon has a cracking blurb for this one. 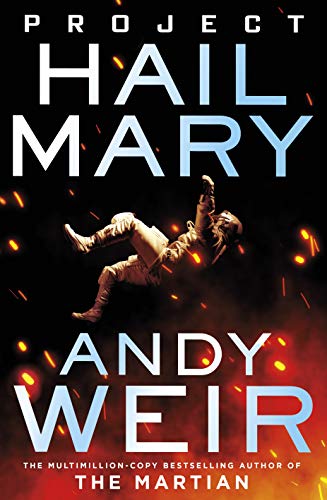 A lone astronaut.
An impossible mission.
An ally he never imagined.

Ryland Grace is the sole survivor on a desperate, last-chance mission – and if he fails, humanity and the earth itself will perish.

Except that right now, he doesn’t know that. He can’t even remember his own name, let alone the nature of his assignment or how to complete it.

All he knows is that he’s been asleep for a very, very long time. And he’s just been awakened to find himself millions of miles from home, with nothing but two corpses for company.

His crewmates dead, his memories fuzzily returning, Ryland realizes that an impossible task now confronts him. Hurtling through space on this tiny ship, it’s up to him to puzzle out an impossible scientific mystery-and conquer an extinction-level threat to our species.

And with the clock ticking down and the nearest human being light-years away, he’s got to do it all alone.

After the gods warred and drove themselves to extinction, the cataclysm of their fall shattered the land of Vigrið.

Now a new world is rising, where power-hungry jarls feud and monsters stalk the woods and mountains. A world where the bones of the dead gods still hold great power for those brave – or desperate – enough to seek them out.

Now, as whispers of war echo across the mountains and fjords, fate follows in the footsteps of three people: a huntress on a dangerous quest, a noblewoman who has rejected privilege in pursuit of battle fame, and a thrall who seeks vengeance among the famed mercenaries known as the Bloodsworn.

All three will shape the fate of the world as it once more teeters on the edge of chaos.

Title: The Shadow of the Gods