As ever, just when I thought my month would be quiet on new purchases, Audible reared it’s head, told me it would be having none of that negative talk and put a £3 sale on. And, naturally, being a fantasy fan, I just had to purchase the winner of the SPFBO before some big publisher buys the rights and sells it at a higher price 😉

The war is over, but something is rotten in the state of Eidyn.

With a ragged peace in place, demons burn farmlands, violent Reivers roam the wilds and plague has spread beyond the Black Meadows. The country is on its knees.

In a society that fears and shuns him, Aranok is the first magically-skilled draoidh to be named King’s Envoy.

Now, charged with restoring an exiled foreign queen to her throne, he leads a group of strangers across the ravaged country. But at every step, a new mystery complicates their mission.

As bodies drop around them, new threats emerge and lies are revealed, can Aranok bring his companions together and uncover the conspiracy that threatens the kingdom?

Ten Low is an ex-army medic, one of many convicts eking out a living at the universe’s edge. She’s desperate to escape her memories of the interstellar war, and the crimes she committed, but trouble seems to follow wherever she goes. One night, attempting to atone for her sins, she pulls a teenage girl – the sole survivor – from the wreck of a spaceship. But Gabriella Ortiz is no ordinary girl. The result of a military genetics programme, she is a decorated Army General, from the opposing side of the war to Ten. Worse, Ten realises the crash was an assassination attempt, and that someone wants the Ortiz dead…

The pair bury their hatreds and strike an uneasy deal to smuggle the General off-world. Their road won’t be easy: they must cross the moon’s lawless wastes, facing military hit squads, bandits and the one-eyed leader of an all-female road gang, in a frantic race to get the General to safety. But something else waits in the darkness at the universe’s edge. Something that threatens to reveal Ten’s worst nightmare: the truth of who she really is and what she is running from.

Michael Kingman has been an outsider for as long as he remembers. The court which executed his father also exiled him and his family. They branded him a traitor, and the nobles who had been his friends turned their backs, prepared to let the legendary Kingman family die on Hollow’s city streets.

And it should come as no surprise to Hollow Court, or the King, that they’ve been searching for the truth ever since.
History is written by the winners, truth buried beneath lies until it’s Forgotten. Justice seems impossible in a city where the price of magic is a memory. But Michael Kingman is determined to make everyone remember . . .

Title: The Kingdom of Liars

Oregon, 1851. Eli and Charlie Sisters, notorious professional killers, are on their way to California to kill a man named Hermann Kermit Warm. On the way, the brothers have a series of unsettling experiences in the landscape of Gold Rush America. And they bicker a lot. Arriving in California, and discover that Warm has invented a magical formula, which could make all of them very rich. What happens next is utterly gripping, strange and sad….

The White Lich has fallen.

The remnants of his army have fled into the forests. It should be a time of celebration. But as Dante regroups his people, the Angel of Taim arrives with a message.

They may have defeated the lich, but Taim is still going to destroy the mortal world of Rale.

Facing starvation in the dead of winter, Dante leads his people toward the abundant fields of Gallador Rift. Along the way, though, a horrifying illness breaks out among the travelers. As earthquakes rattle the land and volcanic eruptions black out the sky, it becomes clear that the plague was only the first attack launched against Rale. Their only hope is to travel back to the Realm of the Gods and try to bargain with them – and if that fails, to wage war on them. But the only known doorway to the Realm is hundreds of miles away. In the throes of collapse, flooded with monsters from hell’s darkest depths, the entire world might be torn apart before Dante and Blays have the chance to start fighting back.

Series: The Cycle of Galand #7 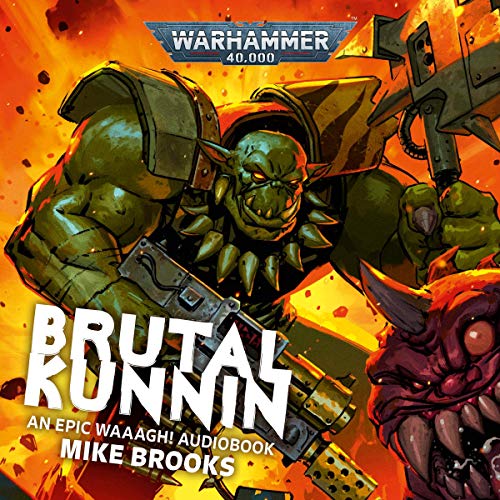 Ufthak Blackhawk and the green tide descend upon Hephaesto – an Adeptus Mechanicus forge world bristling with loot – only to find it already under siege by the notorious Freebooter Kaptin Badrukk. When his warboss, Da Biggest Big Mek, orders temporary co-operation, Ufthak seeks to make a name for himself by crushing some of the Imperium’s most advanced defenders and claiming the greatest prize. But with a sinister new war machine on the horizon, Badrukk’s plotting and a thoroughly annoying grot in his way, Ufthak is going to need the brutal kunnin’ of Mork himself just to survive.

The skitarii are the soldiers of the Machine God, the tireless legions of the Adeptus Mechanicus. Holy warriors, they carry the word of the Omnissiah across the galaxy, destroying the impure machines of aliens and renegades and spearheading the Quest for Knowledge.

A discovery of ancient technology sends a skitarii legion, commanded by Alpha Primus Haldron-44 Stroika, into battle on a forge world overrun by Chaos. When a cataclysm cuts him off from his tech-priest overseers, Stroika must rally his forces and battle both corrupt machines and Chaos Space Marines if he is to achieve victory. 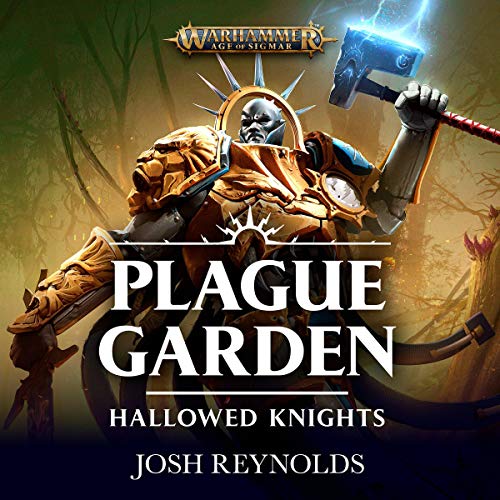 As the War for the Realm of Life continues, Lord-Castellant Lorrus Grymn leads the battered remnants of the Steel Souls warrior chamber against the sargasso-citadels of the Verdant Bay. The Hallowed Knights claim victory, but at a terrible cost – Grymn is lost to Realm of Chaos.

Now Gardus, newly reforged and fresh from the destruction of the Scabrous Sprawl, must lead his warriors into the foetid heart of Nurgle’s realm in search of the Lord-Castellant, where they must once more brave the horrors of the Realm of Decay….