I’m struggling to find time to blog, but am still getting through a fair amount of audio books and the occasional regular read. By the time I actually get back into some kind of regular rhythm, I should have bag loads of stuff to review. Even more considering the amount I’ve picked up recently.

Audible has had a sale on (well, many sales) recently, so this is a tad audio heavy.

You can’t see them. But they can see you.

This forest isn’t charted on any map. Every car breaks down at its treeline. Mina’s is no different. Left stranded, she is forced into the dark woodland only to find a woman shouting, urging Mina to run to a concrete bunker. As the door slams behind her, the building is besieged by screams.

Mina finds herself in a room with a wall of glass, and an electric light that activates at nightfall, when the Watchers come above ground. These creatures emerge to observe their captive humans and terrible things happen to anyone who doesn’t reach the bunker in time.

Afraid and trapped among strangers, Mina is desperate for answers. Who are the Watchers and why are these creatures keeping them imprisoned, keen to watch their every move?

It started with a raging dust storm. Then they came. And everything changed.

Through an innocent act of mischief, a trio of ancient witches is unleashed in the small town of Clayton, New Mexico.

Years later, a dust storm suddenly appears across a stretch of Interstate 412, creating a massive crash that includes Chris Boylin and his daughter, Jaycee. They are uninjured, but while Chris goes to assist others who were not so lucky, his daughter disappears.

In the thick air of the storm, just before the clouds clear, Chris sees a pair of haunting shapes outlined in a glow of light.

The search for Jaycee dead ends, but a website article about an abduction in 1939–one eerily similar to Jaycee’s–leads Chris to an elderly man named Arthur Richland, whose terrifying childhood story of his sister Ruby just might be the answer to saving a missing girl’s life.

What came with the storm? And are they responsible for the mysterious disappearances?

At the end of the universe, the very fabric of reality is beginning to contract, winding up to the Big Crunch. Alone and isolated on the planet Lyra, humans evolved late on a resource-poor world. Doomed to die out as food and minerals dwindle, a scientist makes a chance discovery allowing people and vehicles to travel through ‘thinnings’ – patches of space linking universes.

Kael and Alessia are explorers charting where the thinnings go and more importantly, bringing back valuable resources to Lyra, trying desperately to extend the lifespan of their home world. Alessia’s father, Ben, set out two years ago to uncover another species’ reference to a ‘solution’ to the big crunch problem – but never returned. A chance discovery leads Kael and Alessia to a clue, prompting another expedition to see if they can avoid the mistakes of the past and help to unravel the mystery.

Kael, Alessia and their gruff bodyguard Basteel retrace Ben’s steps, seeking closure for Alessia, a solution for Lyra and together begin a voyage through wild, weird and wonderful planets. 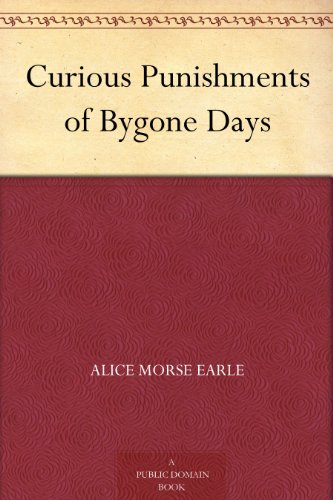 Alice Morse Earle was a social historian of great note at the turn of the century, and many of her books have lived on as well-researched and well-written texts of everyday life in Colonial America. Curious Punishments of Bygone Days was first published in 1896. It is a catalogue of early American crimes and their penalties, with chapters on the pillories, stocks, the scarlet letter, the ducking stool, discipline of authors and books, and four other horrifying examples of ways in which those who transgressed the laws of Colonial America were made to pay for their sins. Contents Include: The Bilboes – The Ducking Stool – The Stocks – The Pillory – Punishments of Authors and Books – The Whipping-Post – The Scarlet Letter – Branks and Gags – Public Penance – Military Punishments – Branding and Maiming

On his thirty-sixth birthday, Travis Cornell hikes into the foothills of the Santa Ana Mountains. But his path is soon blocked by a bedraggled Golden Retriever who will let him go no further into the dark woods.

That morning, Travis had been desperate to find some happiness in his lonely, seemingly cursed life. What he finds is a dog of alarming intelligence that soon leads him into a relentless storm of mankind’s darkest creation…. 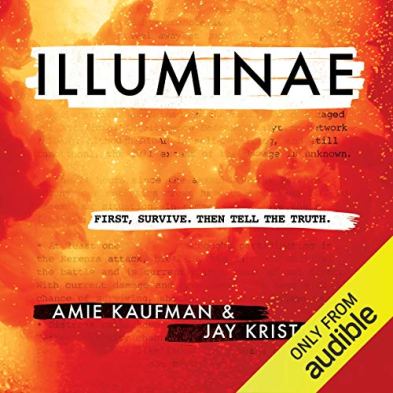 The year is 2575, and two megacorporations are at war over a planet that’s little more than an ice-covered speck. Too bad nobody thought to warn the people living on it.

With enemy fire raining down on them, Ezra and Kady have to make their escape on the evacuating fleet. But their troubles are just beginning.

A deadly plague has broken out on one of the spaceships and is mutating, with terrifying results. Their ship’s protection is seriously flawed.

No one will say what is going on. As Kady hacks in to a tangled web of data to find the truth, it’s clear only one person can help her: Ezra. And the only problem with that is they split up before all this trouble started, and she isn’t supposed to be talking to him.

A fantastically original, heart-stopping adventure where everything is definitely more dangerous than it seems. 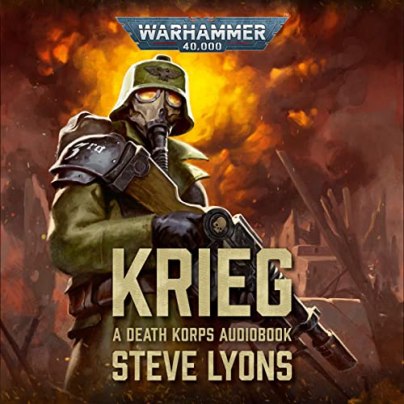 Krieg is a dead world.

Fifteen hundred years ago, it declared its independence from the Imperium of Man and paid the price. One loyal soul defied its treacherous rulers and laid the world to waste. From these ashes emerged a unique fighting force, forged and tempered in nuclear fire….

Today, the Death Korps of Krieg lay siege to a captured hive city on the outskirts of the system-spanning Octarius War, in a desperate attempt to secure the cordon that stops untold masses of Orks and Tyranids from spilling out into the Imperium at large. The Korpsmen are relentless, ruthless, implacable and unstoppable, even in the face of a war that seems unwinnable. How far will they go to achieve victory, and is history doomed to repeat itself? 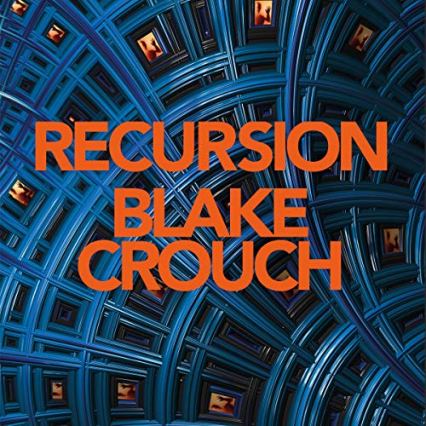 What if someone could rewrite your entire life?

‘My son has been erased.’

Those are the last words the woman tells Barry Sutton before she leaps from the Manhattan rooftop. Deeply unnerved, Barry begins to investigate her death, only to learn that this wasn’t an isolated case. All across the country, people are waking up to lives different than the ones they fell asleep to. Are they suffering from False Memory Syndrome, a mysterious, new disease that afflicts people with vivid memories of a life they never lived? Or is something far more sinister behind the fracturing of reality all around him?

Miles away, neuroscientist Helena Smith is developing a technology that allows us to preserve our most intense memories and relive them. If she succeeds, anyone will be able to re-experience a first kiss, the birth of a child, the final moment with a dying parent.

Barry’s search for the truth leads him on an impossible, astonishing journey as he discovers that Helena’s work has yielded a terrifying gift – the ability not just to preserve memories but to remake them…at the risk of destroying what it means to be human. 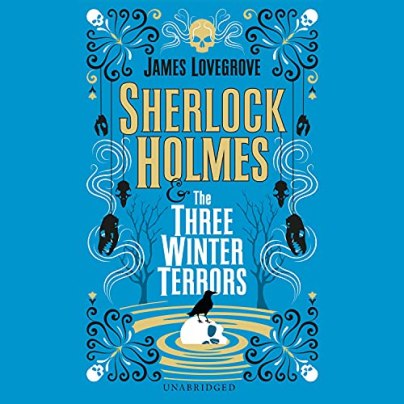 At a boys’ prep school in the Kent marshes, a pupil is found drowned in a pond. Could this be the fulfilment of a witch’s curse from 400 years earlier?

A wealthy man dies of a heart attack at his London townhouse. Was he really frightened to death by ghosts?

A body is discovered at a Surrey country manor, hideously ravaged. Is the culprit a cannibal, as the evidence suggests?

These three linked crimes test Sherlock Holmes’ deductive powers, and his skepticism about the supernatural, to the limit. 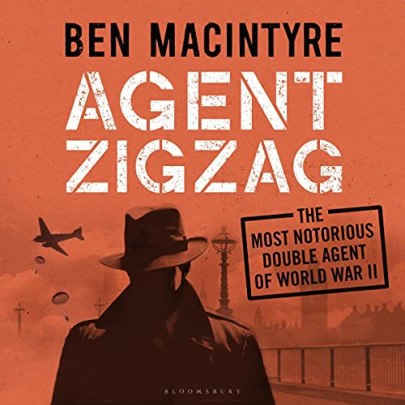 One December night in 1942, a Nazi parachutist landed in a Cambridgeshire field. His mission: to sabotage the British war effort.

His name was Eddie Chapman, but he would shortly become MI5’s Agent Zigzag. Dashing and suave, courageous and unpredictable, Chapman was by turns a traitor, a hero, a villain and a man of conscience. But, as his spymasters and many lovers often wondered, who was the real Eddie Chapman? 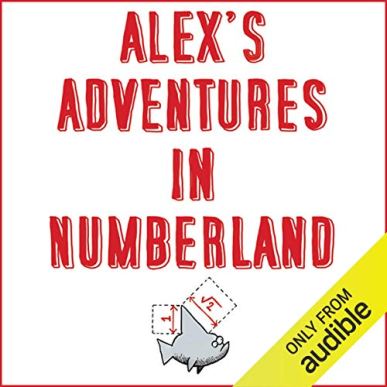 The world of maths can seem mind-boggling, irrelevant and, let’s face it, boring. This groundbreaking book reclaims maths from the geeks. Mathematical ideas underpin just about everything in our lives: from the surprising geometry of the 50p piece to how probability can help you win in any casino.

In search of weird and wonderful mathematical phenomena, Alex Bellos travels across the globe and meets the world’s fastest mental calculators in Germany and a startlingly numerate chimpanzee in Japan.

Packed with fascinating, eye-opening anecdotes, Alex’s Adventures in Numberland is an exhilarating cocktail of history, reportage, and mathematical proofs that will leave you awestruck. Shortlisted for the 2010 Samuel Johnson Prize for Non-Fiction.

In a contest of change, which century from the past millennium would come up trumps? Imagine the Black Death took on the female vote in a pub brawl, or the Industrial Revolution faced the Internet in a medieval joust – whose side would you be on?

In this hugely entertaining book, celebrated historian Ian Mortimer takes us on a whirlwind tour of Western history, pitting one century against another in his quest to measure change.

Why is Italy called Italy? How old is curry? Which people from history would best pull off a casino heist? Who was the richest person of all time? When was the first Monday? What were history’s weirdest medical procedures that actually worked? How much horse manure was splattered on the streets of Tudor London? How fast was the medieval Chinese postal system? What did The Flintstones get right about the Stone Age? Who gets to name historical eras, and what will ours be called in 100 years’ time? How do we know how people sounded in the past? How old is sign language?

In Ask a Historian, the author, BBC podcaster and public historian Greg Jenner provides answers to things you always wondered about but didn’t know who to ask. Responding to 50 genuine questions from the public, Greg whisks you off on an entertaining tour through the ages, revealing the best and most surprising stories, facts and historical characters from the past. Bouncing through a wide range of subjects – from ancient jokebooks, African empires and bizarre tales of medicinal cannibalism, to the invention of meringues, mirrors and menstrual pads – Ask a Historian spans the Stone Age to the Swinging Sixties and offers up a deliciously amusing and informative smorgasbord of historical curiosities, devoured one morsel at a time. 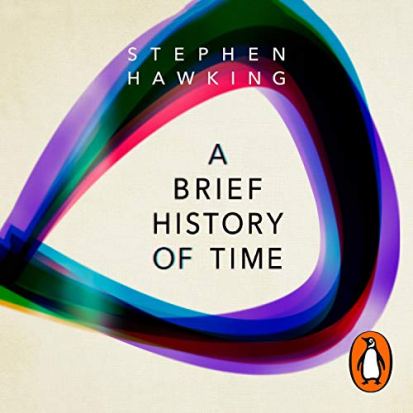 Was there a beginning of time? Could time run backwards? Is the universe infinite or does it have boundaries?

These are just some of the questions considered in the internationally acclaimed masterpiece by the world renowned physicist – generally considered to have been one of the world’s greatest thinkers.

It begins by reviewing the great theories of the cosmos from Newton to Einstein, before delving into the secrets which still lie at the heart of space and time, from the Big Bang to black holes, via spiral galaxies and strong theory. To this day A Brief History of Time remains a staple of the scientific canon and its succinct and clear language continues to introduce millions to the universe and its wonders.